We are providing the latest information on Election Results 2022 for Delhi, Gujarat, HP Live Counting, and Winners here. Scroll down to know more.

Everywhere in the news, we can hear only one name, BJP. Bhartiya Janta Party is currently leading from 107 seats. Following AAP with 95 seats. The battle of elections is LIVE NOW!

Continue reading the article to know more about the Election Results!

The counting started today @8:00 am in the morning. BJP is taking the lead in the exit poll.

The Municipal Corporation of Delhi (MCD), 250 ward elections were organized on 4th December 2022. There is an intense environment for the election, considering the various parties which are BJP, AAP, and Congress. There were approximately 42 centres at which the elections were held. The voting is done by the eligible voters, and now it is time to begin counting. 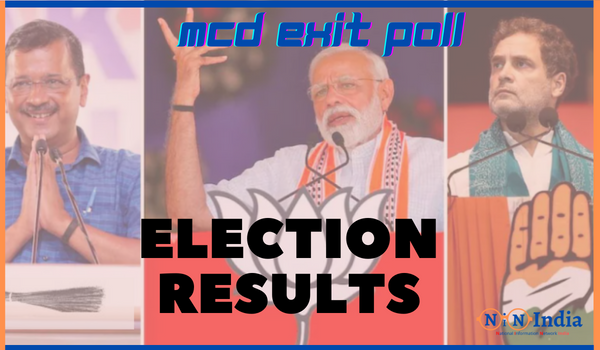 AAP and BJP both are in neck-to-neck competition this time. It is not the first time though that both opposition parties are in action. In 2017, these parties were in elections whose winner was Bhartiya Janta Party. Come on, let’s have a look on MCD Election Results.

The votes till now are :

However, there is a slight difference in the vote count on different news channels. But we can say that BJP is leading the elections considering the excellent work that is accomplished by the party. It is not that the other parties are lacking behind in providing benefits to the citizens but the hard work of BJP cannot be underrated. Party somehow managed to gain the trust from the public to increase the list of voters.

The Current Highlights: BJP is said to be ahead of Aam Admi Party as per the recent news. This is directing the public that there is tough competition among the electoral parties.

Wards according to the Times Now survey is discussed below :

The counting centres are located in areas including Dwarka, Okhla, Mangolpuri, Pitampura, Alipur, Model Town, Shastri Park, Yamuna Vihar, Mayur Vihar, and Nand Nagari. The elections were held with entire security protection and now the polling results are also conducting with the complete security force. So as to avoid cheating and any an unusual activity.

Congress is showing a poor performance in Delhi and Gujarat states. In addition, BJP and AAP is leading the elections at present.

Delhi Live: Aam Admi Party is taking a lead with 102 seats in the state, BJP (83) and Congress (8). It is crystal clear that AAP is getting the majority in the Capital of India.

Gujarat Live: It is not the first time that BJP’s votes are increasing. It is 150 seats in Gujarat with 19 seats of Congress and AAP; 11. If we go behind to the year, 2022, the saffron color had won 127 seats embracing the votes given by the public. Current statistics of Gujarat are as follows :

If this will be the statistics this time, then it can be predicted that BJP in Gujarat and AAP in Delhi will be the winners of Election Results! 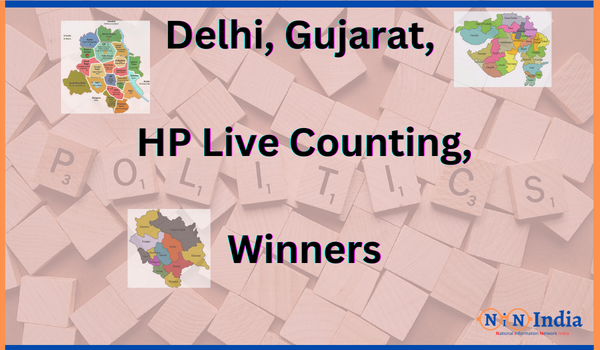 Saurabh Bharadwaj said to the media that they will be going to get more than 180 seats this time. The confidence which can be seen into his words but the votes depend entirely on the public #DelhiMCDPolls

Himachal Pradesh, however, requires only 35 seats to win the election. BJP and Congress are at the war with each other of getting the required seats in HP.

We have gathered the latest information and have provided the recent update in the image below.

It is not fixed that which party will be the winner of this election, but we hope that the best may win. Moreover, it is a matter of reigning for years and the public wants a party that can understand their prevailing problems and give a proper solution to it. The public cannot experiment on choosing the unlikely party, thus, they had given the votes with a decisive mindset. Now, it all depends on the counting of which Party wins!

From the news and counting, it can be analyzed that the performance of AAP and Congres is going a bit low comparing it with BJP. Talking about the exit polls, BJP is getting closer to victory in Gujarat and Himachal Pradesh. Thus, the countdown begins for AAP and Congress to take a step ahead in getting the seats!

Thank You for Visiting NINIndia! Stay tuned to our portal to get the latest information on “Results” and more according to your reading preferences.