International Hockey Federation is responsible for organising Hockey World Cup on a timely basis (one time in 4 Years). Several countries and players from across the world participate in the competition. There are overall 16 teams who are playing with each other in the World Cup.

Do you know the Hockey game was initially played in 1885-86? There were teams from Mumbai and Punjab. This was the era when you and I were not even planning to see this world! The game itself has an appealing history that gives goosebumps to every Indian. India won the first Olympic Gold Medal in 1928 (Amsterdam Games). In ’20s, we received a Silver Medal (2016) at the Champions Trophy. Then in Tokyo, the men’s team got a Bronze Medal in the 2020 Olympics. 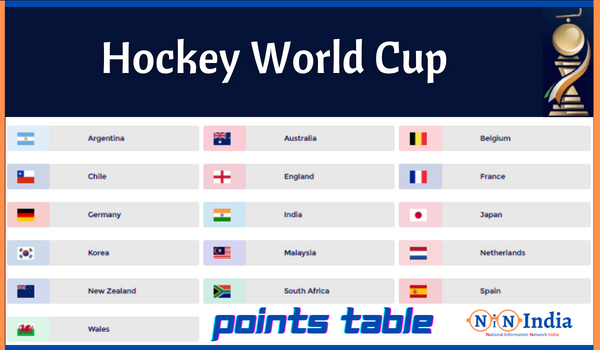 Now, it is the time of young and enthusiastic Hockey Players who are currently playing in the Hockey World Cup 2023. The matches were started on 13 Jan 23 and will end on 29th Jan’23.

Bhubaneshwar and Rourkela are the cities in the state of Odisha, India who are hosting the World Cup matches. Kalinga Stadium and Birsa Munda International Hockey Stadium have been chosen for the matches. There are teams, Pool A to D who are playing in the Hockey World Cup 2023.

Quarter Finals, Semi-Finals, and finally, the Finals is the step-wise matches that will be conducted this year. The winning team will be called as Champions for Hockey World Cup 2023.

The lovers of Hockey need to know the tactics which is happening in Odisha at the present moment.

As you know that the Hockey World Cup is already started, so, if you are one of the fans or like to watch hockey then you can view the matches on TV channels. These are Star Sports (First, Select 2 HD, Select 2). You can use the Disney+ Hotstar mobile application to watch the matches else the official website.

We are discussing the points table according to each pool.

From the points table above, it has been observed that there is a few goal difference to win the game.

In the World Cup many different countries and teams participate in performing in the matches. Countries which are included in the list are Argentina, Australia, Belgium, India, Chile, England, France, Wales, Germany, Japan, South Africa, Malaysia, Netherlands, New Zealand, Spain, and Korea. We have already discussed the teams and pools above.

The team which will play the most games and win a good score will be the winner of the 2023 Hockey World Cup.

Let us discuss about the Venue for the World Cup. It is taking place in the beautiful state of Odisha, India. People get to see the tribal culture over there with many different ethics and dilemmas.

Kalinga and Birsa Munda International Hockey Stadium are selected for the world cup which is a moment of pride and honour for the nation.

The Team Wise Match Points for Hockey World Cup will be announced soon on the LIVE or on the TV channels at which the game is forecasted. This will help the teams and the viewers to predict the winning team.

In the table below, we have listed the Winners List for the past years and their Host for your reference.

In this article, we have covered the necessary information on the Hockey World Cup 2023, points table and Team Wise Match Points. If you still have any queries or opinions, then drop a comment for us here.

Where Can I Watch the Hockey World Cup Matches?

TV channels such as Star Sports (First, Select 2 HD, Select 2). You can use the Disney+ Hotstar mobile application to watch the matches else the official website.

How many teams have participated this year?