Get the IPL Teams 2023 Team List, Owners, Captains, and information on Retained Players from here.

The Board of Control for Cricket in India (BCCI) has released the notification of IPL 2023. This will be going to season 16, where players from all corners will participate. Scroll the article to know more details on IPL Teams 2023.

The 16th season of the Indian  Premier League is NOW here for the fans! They have great excitement and joy in their minds to watch the match from different locations and on their mobile phones. The media streaming partner is Star Sports, where viewers can watch the matches LIVE. 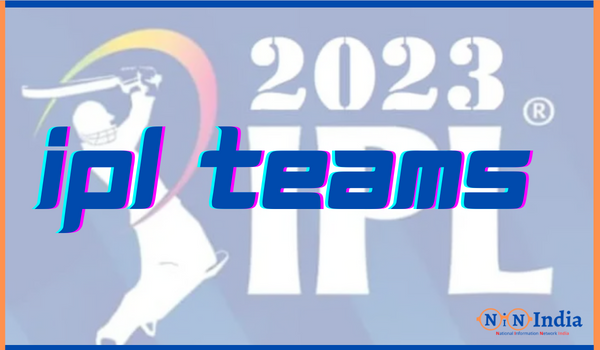 There will be a total of 991 players (714 from India and 277 overseas players) who will be participating in the mini-auction! Per Jay Shah’s statement, there will be 25 players in each team, considering about 30 players from overseas.

As we have discussed above 991 players are shortlisted, however, the entire players list is not released by BCCI. We have provided a l;ist of those players who have been signed up for the mini auction.

So, these are the team who will be playing in the upcoming season of the Indian Premier League.

Team and its Brand Value

Since it is the 16th version of the IPL season, every team have achieved a certain brand value. We would like to discuss this information here

Here comes the discussion of the purpose of starting the Indian Premier league. The wealthiest people of the country had decided to start a match series and make them play with each other. That’s why many teams are created and owned by businessmen, celebrities, etc. Let’s see the list of those owners from eye to eye.

Are you ready to know the list of Captains for the 16th edition of IPL? If yes, then scroll down below to know more. 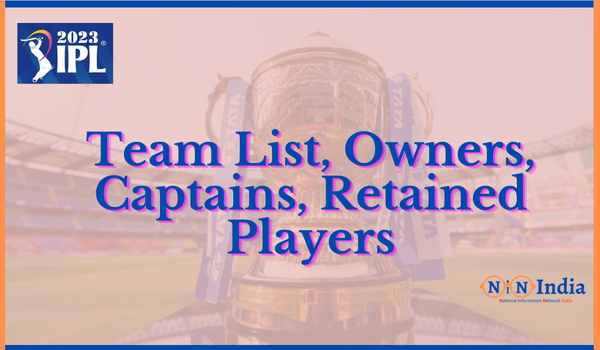 The maximum limit for retain players before auction in IPL for a team is 4. In which, 3 can be Indian and two can be overseas players. According to this, the list of retained players list is created which is shared below.

On 23rd December 2022, mini-auction will be held in Kochi., It will be live-streamed by Star Sports. Thus, you can check the latest list of retained players from there.

IPL’s upcoming season will be going to be one of the tremendous ones to date. The players would be performing at their best this time. They will be returning back with the confined energy and liberation from the gap from the last seasons.

Thank you for reading this entire article! If you like it, then continue following our Sports column. You can also like our other sections, such as Entertainment, Net Worth, etc, according to your reading preferences.