Monkeypox Symptoms, Causes, Virus Treatment, and Precautions are discussed here in detail. It was confirmed on May 7 by the United Kingdom’s Health Security Agency (UKHSA) that the patient had just arrived in the United Kingdom after traveling from Nigeria, which is where it is thought the virus first emerged.

An individual from England who visited Nigeria and came back with symptoms of monkeypox has been identified as having the disease, as shown by the medical records. A patient in the UK has been suffering from a highly unusual viral infection similar to smallpox.

What exactly is the illness that is commonly referred to as monkeypox?

When an individual is infected with the monkeypox virus, the Orthopoxvirus genus, part of the Poxviridae family, becomes active. This genus is responsible for the spread of smallpox and other highly contagious diseases.

According to a study report, the first instance of it being discovered was in the cynomolgus monkey colony at the State Serum Institute of Copenhagen in 1958. In 1966, the disease known as monkeypox was found in the Rotterdam Zoo.

How prevalent is the monkeypox?

People infected with the monkeypox virus have a considerably lower risk of developing smallpox than those exposed to smallpox. This disease is most frequently found in secluded regions of central and western Africa close to tropical rainforests.

The virus can be found all over Africa, but it is most prevalent in West and Central Africa.

Although this has not yet been demonstrated, it is possible that two of those infected in the UK came from Nigeria, where the virus is often milder. A medical staff member became infected with the disease after having direct touch with one of the victims. 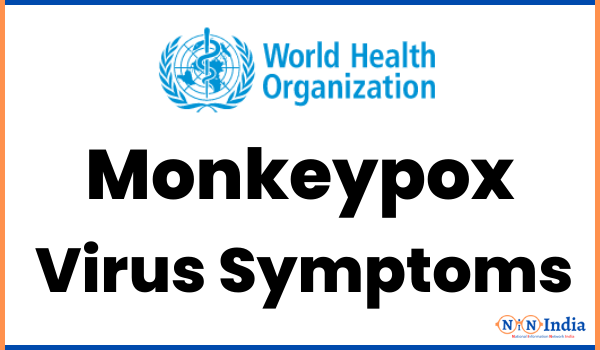 How frequently does the monkeypox virus cause outbreaks?

Since the virus was found in a monkey for the first time, there have been consistent outbreaks in 10 different nations across Africa.

Patients contracted the disease after coming into contact with sick prairie dogs brought into the nation by a variety of different tiny animals. There have been as many as 81 incidents that have been recorded.

Seventy-five percent of reported cases of monkeypox were brought on by males between the ages of 21 and 40.

In humans, the incubation period for monkeypox is 21 days, after which symptoms of the disease become apparent. The severity of symptoms similar to those of smallpox, such as fever, headache, muscle aches, weariness, and swollen lymph nodes, is reduced.

After one to three days have passed since the onset of the early symptoms, such as fever, the rash will typically begin on the face and then spread to other body regions. The rash grows in stages, eventually forming a scab and then flaking off after it has finished its transformation.

The following are some of the symptoms of the disease:

Rash symptoms often appear anywhere from one to three days (though they can last for as long as a week) after the onset of fever.

Before lesions finally fall off, they go through a series of stages that are as follows:

In most cases, the duration of the condition is between two and four weeks. In Africa, the mortality rate associated with monkeypox can be as high as one person out of every ten who contract the disease.

The following advice should be kept in mind to stop the spread of monkeypox:

One can avoid contracting the monkeypox virus through a variety of means, including the following:

The World Health Organization has not established a treatment protocol recommended for monkeypox as of yet (WHO). Through vaccinations, more than eight out of ten people can avoid becoming infected with smallpox. It was suggested that children receive their first dose of the smallpox vaccine as early as feasible.