Union Public Commission has released the exam date. The exam dates have been released as per the annual UPSC Calendar. Candidates must read the article to get updates about NDA Notification 2023. 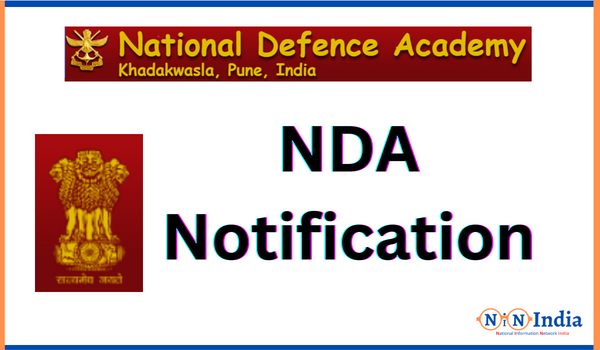 In 2020, a total of 5.3 lakh candidates applied for the exam, out of which only 2.4 lakhs students appeared. Now interested candidates have to start the preparation as the notification is released by the Commission and has to focus on the past year’s exam papers and exam syllabus- if there are any amendments in the syllabus, then have to keep them in mind while at the time of studying or preparation of that particular subject and also keeping in mind the weightage of each portion of the syllabus and has to give time for preparation as per the weightage of the topic in the syllabus.

First of all, all the candidates will be provided a stipend during the training period, amounting to rupees 56100 p.a. After successfully completing training, the salary will be fixed in the cell of level 10.

Interested Candidates need to see read the eligibility criteria before filling up the application form. Eligibility means candidates’ age limit, qualification, and nationality. The eligibility is explained below-

The NDA application form fees are explained below in the table-

So, only general category candidates had to pay application form fees of 100 rupees.

The exam dates are as follows: –

Hopefully, candidates have to filled up their examination form before the expiry of the date given above.

Union Public Service Commission issues admit cards just three weeks before the exam. So, Students are advised to stay in touch with the portal NDA. They can also take the desired information from our articles like this one.

The process to download the admit card are as follows:

NOTE- It is advised to candidates to take two copies of admit card just for the provision of another one.

The Union Public Service Commission conducts the NDA exam, and the exam pattern will be of Multiple-Choice Questions which will be divided in two paper of 2.5 hours each and consists of a total of 900 marks.

Candidates are requested to see the exam pattern before starting of their preparation.

First of congratulations to all the candidates who have qualified for the examination. Now, they are eligible for the second process, i.e., the interview round

The first result will be declared in PDF form, and it includes only roll number of the candidates and then the final result is prepared based on the written exam and interview round marks.

How to Fill Out NDA Application Form 2023?

There are specific steps that candidates have to be followed to fill out the application form. So, the steps are as follows.

If you want to fill out the part 2 application form, then you need to follow these steps: –

Hopefully, You have read our articles and come to know about various things.

Thank You for Visiting NINIndia. “Best of Luck for your exam”